(This lovely little ditty was published in the Boston Globe on July 31st, 2008! Click here to see the abridged version.)

It makes perfect sense that the world’s largest footwear tradeshow is held in Las Vegas twice a year. Shoe collections and “Sin City” have quite a bit in common. Both are full of seduction and intrigue, and oth have an element of risk, with the possibility of a huge payoff.

With shoes, as it is with Vegas, the difference between mere survival and utter dominance, is preparation; and of course, an inside informant to help you beat the house. And though you may have fall items on your current shopping list, it’s never too early to plan your thaw-out ensembles.

Danny Ocean knew there was power in numbers, so here are five sure bets that will hit the jackpot for Spring ’09: 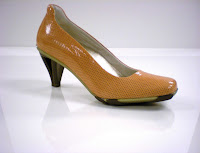 Hole-ier Than Thou: Perforation isn’t just for notebook paper; it’s stylish, too. “Texture is a big deal,” says Rory Mitchell of Asgi Shoes. “It adds another level of luxury. This shoe is high fashion with lots of texture and the luxury of being comfortable.” 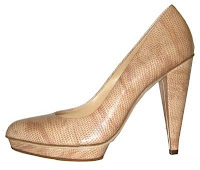 Pump It Up: “I think we’re going to see a return to the classic pump, but in a whole new way,” admits Iesha McTeir from Boutique 9. She suggests trying the traditional style with a platform. “It’s a great update to a look women are

Look on the Bright Side: Dull can feel so last season, so don’t be shy. “Nothing says ‘spring’ better than color,” says Nicole Smith of Katheryn Amberleigh. “It’s the best time to have great standout shoe.” 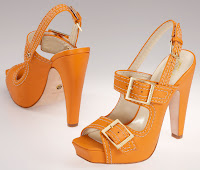 Square Deal: If you’re ready to venture away from a rounded toe, this could be your chance to get edgy. “Stronger geometric shapes, like squares, are going to be very popular,” says Jennifer Staples of Velvet Angels, “especially on the toe and heel treatments. They add lots of drama” 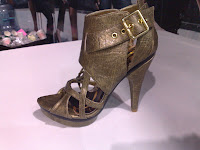 Cut It Out: “Cut-outs are going to be huge, especially for spring/summer boots,” predicts Annette Tang from Michael Antonio. “It’s a strong trend, yet really fun and playful. Year round boots aren’t just for California girls anymore!”

A KoS Exclusive! Check out the trend report video...you deserve to know! 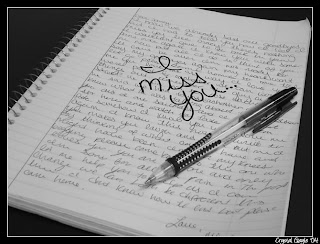 Was the last post really on july 15! I can't believe its been that long! Please know that my absence has nothing to do with my lack of things to say, or the lack of things that need to be commented on!

Honestly, the pask couple weeks have been a blur, and the great wall that was built between my blog and I can be attributed to 4 things:

But, I'm back and a little more settled... and writing this from a cozy seat in my neighborhood Panera! (If only I could link into this network from home! The signal here is amazing!)

So if you've been checking in faithfully, please accept this lowly and sincere Mea Culpa. I'll try not to let it happen again anytime soon!!!